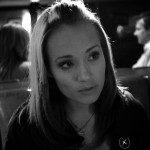 Paula Rhodes is a Missouri native whose credits include Brothers & Sisters, Staunton Hill, Lions for Lambs, Think Tank (opposite Matthew Rhys, winner of the Sonoma International Film Fest & Producer’s Guild Producer’s Challenge Film Fest), A Good Knight’s Quest (which she also produced and was an official selection in iTVFest 2010), ElfQuest: A Fan Imagining (which she produced, co-directed, and starred in, premiered as the first red carpet event at the Screen Actors Guild building and was given a panel at the 2011 Comic Con) and a number of national commercials. 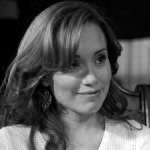 Shuffle was her first lead in a feature film, and she considers herself beyond lucky to have worked with so many amazing people on a film with so much heart. She’s written, directed and produced shorts that have won the Extreme Filmmaker 48 Hour Film Festival three years in a row, wanted very badly to grow up to be an elf, and can apparently write in third person.