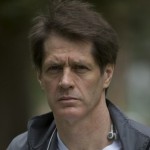 Chris Stone grew up in Cambridge and Cape Cod, Massachusetts, dreaming of being "normal" while getting dirty in his mother’s pottery studio, and running around in his father’s "junk" collection of photography equipment, surplus machinery, art supplies, hardware and tools. In this playground, he created everything from starships to submarines. His experience as a Director, Designer, Project Coordinator and Construction Manager – coupled with his vast production, arts, craft and performance skills – make him a "MacGyver" of creative production.

Chris studied extensively with acting teacher Larry Moss, where he met TJ Thyne and several other soon-to-be Theatre Junkies. In 1999, along with Larry Moss and Michelle Danner, Chris became a founding Board Member of Edgemar Center for the Arts in Santa Monica, CA and acted as its Technical Director from inception to 2007. His many theatrical credits include directing Michelle Krusiec’s acclaimed show Made in Taiwan (2001-2007), and his set design for Henry Jaglom’s play Always but Not Forever led to his Art Direction of the Jaglom produced feature Katie Q. He is the original set designer for the new play Jane Fonda in the Court of Public Opinion by Terry Jastrow, starring Anne Archer.

As an actor, Chris has worked on several interesting independent productions, short films and plays. He was seen as the Creepy Janitor on ABC’s Ugly Betty and on stage in The Shadow Box directed by Keith David.