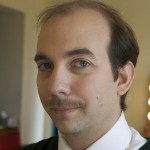 Shuffle marks Dave’s first feature film as a producer.  His previous producing credits include Slow, The Phone Book and the award winning YouTube sensation Validation.  He is currently co-creating a number of short, experimental films with Theatre Junkies called The Moment Series.

As an actor, Dave Kuhr has appeared in a few feature films, lots of short films, a handful of TV shows, many commercials and has lent his deep baritone quality to numerous voice-overs. However, none compare to the amount of credits he has for his first love, the stage.