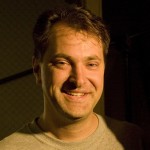 In 1999, he completed his first feature film, the teen drama Scrapbook starring Eric Balfour, which garnered strong reviews, awards and landed him on Filmmaker magazine’s annual list of the top 25 new faces of independent cinema.  He followed it with Drive-In Movie Memories (2001), a documentary chronicling the outdoor movie-going experience, which opened the 2001 Telluride Film Festival and went on to play more than 45 festivals before becoming popular with PBS audiences in the United States. 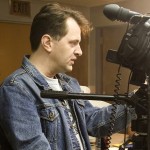 In 2002, he won a Nicholl Fellowship in Screenwriting from the Academy of Motion Pictures Arts & Sciences for his screenplay Mason Mule, while his screenplay Explode made the quarterfinals in the same year.  He then directed an ongoing series of award-winning black & white short film comedies – Rent-A-Person (2004), Validation (2006), Slow (2007) and The Phone Book (2008) – which collectively played more than 120 festivals the world over and won more than 40 awards.  The most popular film in the series, Validation, starring TJ Thyne, garnered more in prize money than the film’s production budget and went on to become a cult hit on YouTube, where it has remained one of the site’s top rated films of all time.

In 2008, he completed & released his 6 year passion project, the feature documentary Dear Zachary: a letter to a son about his father, which premiered to rave reviews and standing ovations at the Slamdance Film Festival in 2008 before going on to win multiple audience and jury awards at festivals the world over.  The film was released theatrically and on DVD by Oscilloscope Laboratories and is currently in rotation on MSNBC.  Dear Zachary was named one of the Top 5 Documentaries of 2008 by the National Board of Review, nominated for Best Documentary by both the Chicago Film Critics Association & the Online Film Critics Society (who also nominated Kurt for Breakthrough Filmmaker of 2008), placed on more than 40 critics’ lists of the Ten Best Films of 2008 and numerous “Best of the Decade” lists in late 2009.  Dear Zachary inspired the creation of Bill C-464 in Canadian Parliament, which reformed Canada’s bail law and criminal code when it became law on December 15, 2010.

As a composer, in addition to his own films, Kurt’s work includes re-scoring the restoration of the silent classic Cyrano de Bergerac (1925), for which the original score was lost;  his score was premiered by the San Diego Symphony and has become a perennial fixture on Turner Classic Movies and French television.  He also scored the Luke Wilson thriller Bad Seed (2000) and the Douglas Spain indie film Hunting of Man (2002).  His score for Dear Zachary was nominated for Best Documentary Score of 2008 by the International Film Music Critics.  He recently adapted Frank Beddor’s New York Times Bestselling novel The Looking Glass Wars into a musical for the stage, and completed the short documentary The Legacy of DEAR ZACHARY: A Journey to Change Law.